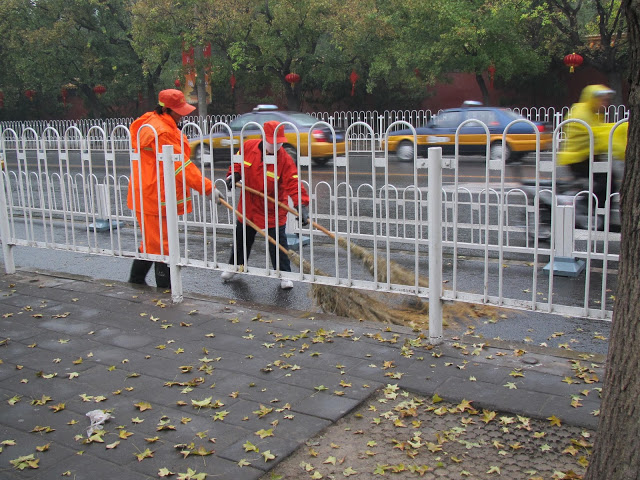 When I was in Beijing last month, the participants in my program (all women) had the opportunity to ask a panel of directors (all women) any questions they wanted that would be of value to the group. The group consisted of managers and high level individual contributors with potential to be future leaders at this global company. The panelists were with the company for years, each with unique backgrounds, representing operations, technology and finance.

A question the group asked was: How do you deal with people you don’t like?

Director #1:  Find something to like about the person and focus on that. Everyone has something good in them or something they do that you can find to like. When you do that, it shifts the way you think, and enables you to work better with that person.

Director #2:  Avoid working with them whenever you can.

Director #3:  Find something you like about the person, because you have to work with them, so why resist it? She had a peer who always was at odds with whatever she said or did. She decided to do something about it instead of continuing to allow it to frustrate her. She called and invited that colleague for a cup of coffee so she could get to know her better. They talked about their differences and began to understand each other’s perspectives. Now, a couple of years later, they view each other as trusted allies, they know they can get candid feedback from each other on any topic. And it made a real difference in the way they work.

Which of the three do you think will be the most successful leader in the future?

If you have to work with someone you view as difficult, figure out a way to get to know what’s really on their mind. What causes them to think and act the way they do? Ask in a 1:1 conversation what they think is going well / not well. Then listen – really listen. Without interrupting. Without interjecting your opinion. Let them know you are genuinely interested in their perspective. By asking for their pros / cons, you are letting them know you are open to hearing their view of the positives and negatives. You’re not just looking for one side.

You may want to think about their input before responding. If so, say you’d like to do that. You don’t have to respond at the moment. Tell them you respect their candor and want to give their views some thought. Then do that. And definitely get back with them. It could be the beginning of a rich dialog that opens up thinking on both sides.