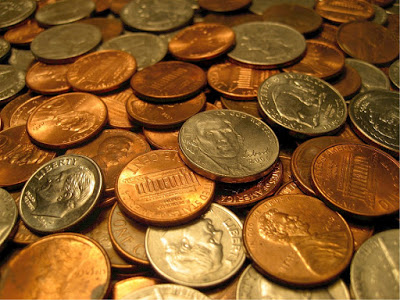 Those three shiny pennies made me smile as they reminded me of my mastermind group. I love that group. Three director and associate director level women who have been meeting with me for over a year.

One of my masterminders (I’ll call her Leela to protect her anonymity) was asked to speak to a professional women’s group at her company.

She told them there is more power in their words than they realize. And the words they choose to express appreciation may have impact far beyond their expectations.

More than 18 years ago, Leela had a boss who expressed appreciation minimally. She believed people were paid to do a job and didn’t need to be praised for doing it. When Leela accepted a transfer with the company to another state and told her boss she would be leaving, her boss said, “I am excited for you and disappointed…I’m disappointed because you are my “shiny penny.” Leela questioned what she meant. Her boss said she could always depend on Leela to do the right thing, and her conscientious can-do spirit positively influenced everyone in the office. Leela stood out from the rest, like a “shiny penny,” and her boss was going to miss that.

Leela was surprised and touched. Now 18 years later that conversation is stillvivid in her mind. She pays it forward by using shiny pennies to compliment others. She pastes one to a card, writes a note and sends it to someone who deserves recognition. She doesn’t wait until they are leaving to let them know how much they are appreciated.

Leela believes we all start out as shiny pennies. I do, too! Over time, some get dulled from use, some get tossed into a jar and left for years without growing, some even get run over.

On my way back from a walk this morning, I picked up a very shabby penny in the street. It had been through a lot in its life, but despite the grime and scratched edges, a bit of shine peaked through. It made me think how – each of us – no matter how beaten up or dulled we become – we still have a shiny penny within us.

You are a shiny penny. And your words count.