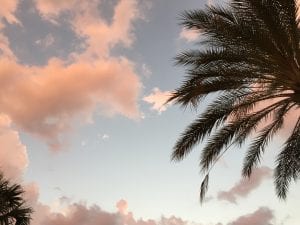 Negative assumptions. We all make them. When I ask people around the world if they make assumptions, they always say yes, every day. When I ask if their assumptions are mostly positive or negative, their immediate response is ‘negative.’ It’s universal.

These assumptions are spontaneous thoughts that minimize or put down our ideas. They lock in our thinking, limit our possibilities, and are lethal to our growth. They keep us operating within our comfort zone. Even hold us back from talking with some people. They are not just about ourselves and our situations. They’re also about others and their situations.

Yet it’s surprisingly easy to flip an assumption from negative to positive and free our mind to think more openly.

The good thing is that we can control our thoughts. Yes, indeed, we have the ability to turn a limiting, negative assumption into a positive one and use it as a jumping off point. Here are two examples of conversations I had with managers in two cities, in different roles, that show you how.

That’s the magic in this approach. The “Incisive Question,” as Nancy Kline calls it in TIME TO THINK / Listening to Ignite the Human Mind, frees the brain to respond. Using the person’s exact words in the question helps the brain expand its thinking.

These examples occurred in Bangalore and Paris. I’ve had similar conversations in the U.S. Making negative assumptions is universal. So is our ability to flip a negative assumption to the positive opposite, and ask an incisive question that gets at what the new assumption could free us up to do.