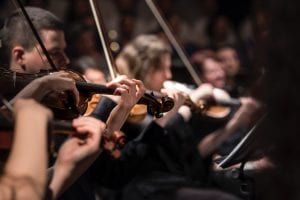 A coaching client (Molly) asked, “What do you do when one of your staff does not keep you in the loop?” One of hers had finished a project requested by the VP (Molly’s manager) and sent it to the VP without copying Molly or letting her know it was completed. The staffer thought Molly was micro-managing when she followed up. Molly was frustrated. What should she do?

Here are examples of two different approaches by leaders I’ve worked with:

One leader told her staff: “I want to be in the loop on anything that goes out of this department to my peers or above. I don’t want to be blindsided by anything.” It was a reasonable request but said in a way that her staff knew if they didn’t include her, they would be in big trouble. She got what she wanted, but the staff did it out of fear. It was not a healthy environment. This leader wanted complete control, and her staff knew if they stepped out of line they would experience her wrath.

Another leader took a different approach, using a staff meeting to talk about teamwork. She got them talking about what successful teams do and asked what they could do better. She wove into the discussion their perspectives on communication and the value of their combined expertise and awareness. Good dialog ensued, and they left the meeting feeling empowered and more connected.

I know the second approach will take more time initially, but it can be a long-term game changer. And an excellent conversation starter for individual staffers.

Molly preferred the second approach. Talking about teamwork opened up her thinking. She realized she’d been saying “I” a lot lately and didn’t like it. Going forward she would be intentional about saying “we” instead. She also would talk with the staffer who viewed her as a micro-manager to understand what was causing that perspective.

As we were wrapping up, Molly chuckled and said she had one more thought about treating her staff more as a team. She would change her log-in password to start with TEAM to make it a daily reminder. Good start! Because we all know there is no “I” in TEAM.